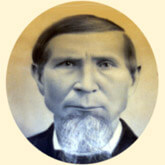 Gabriel Traub, a recently settled German immigrant cabinet maker, made his first casket in 1855 at a small shop in Central Square. He was not only the person to build the casket, but became the then called, "Undertaker" by supplying other equipment including the wagon and horses to carry the deceased from home to church and cemetery. 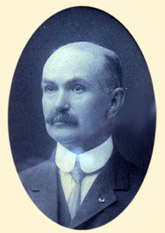 Gabriel's son Louis Traub lived in the Industrial Revolution Era. He operated a furniture store and was the Undertaker that helped families by preparing their loved ones for burial and continued to supply the casket, equipment and livery for funeral services.

Louis was a founder/charter member of Village of Central Square board in 1890. He was also involved in the organization of the Central Square Volunteer Fire Department.

George was called to serve his country in WW I and Lillian continued to operate the store. With a helper, Lillian would hitch up the team in all kinds of weather and go to the family home to embalm and prepare the deceased for waking and funeral services. 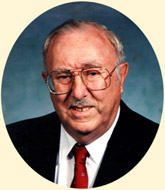 George Jr, also served several terms on the Village Board as a Trustee and Mayor and President of the Central Square Volunteer Fire Department.. During one of his terms as Mayor the Village celebrated its 100th year Centennial in 1990. 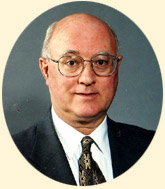 George Jr's son George James Traub joined the family business in 1963 owned and operated a funeral home in Bernhards Bay and Chittenango for several years. In 1964 the Vandermill Funeral Home in Bridgeport was purchased.

Major renovations were completed in 1965. In 1983 a new relocated building specially designed for funeral services was built to replace the original funeral home. Jim, now President, has been a licensed funeral director for 45 years and continues to be active.